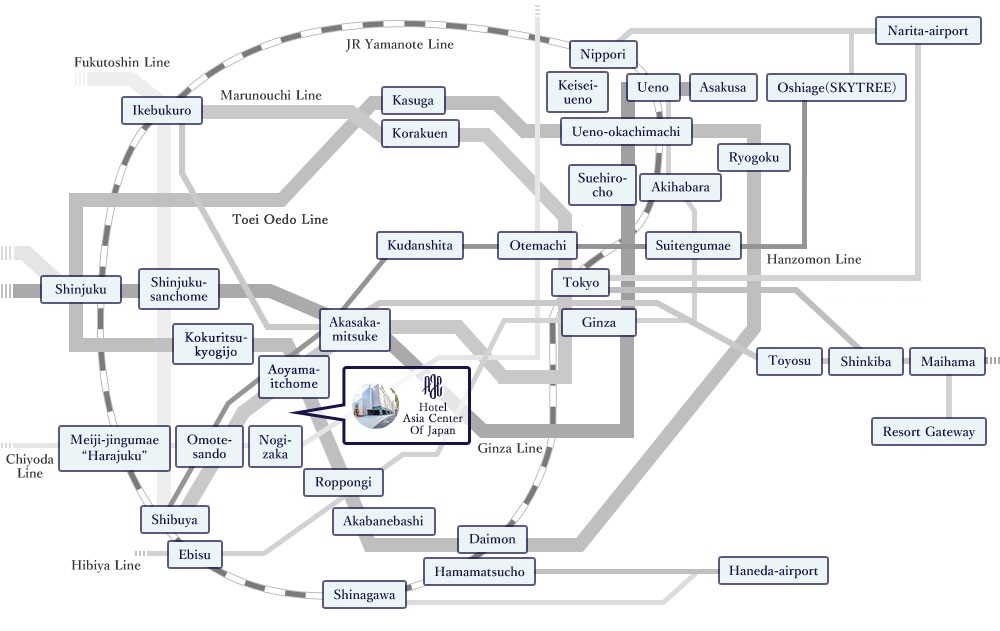 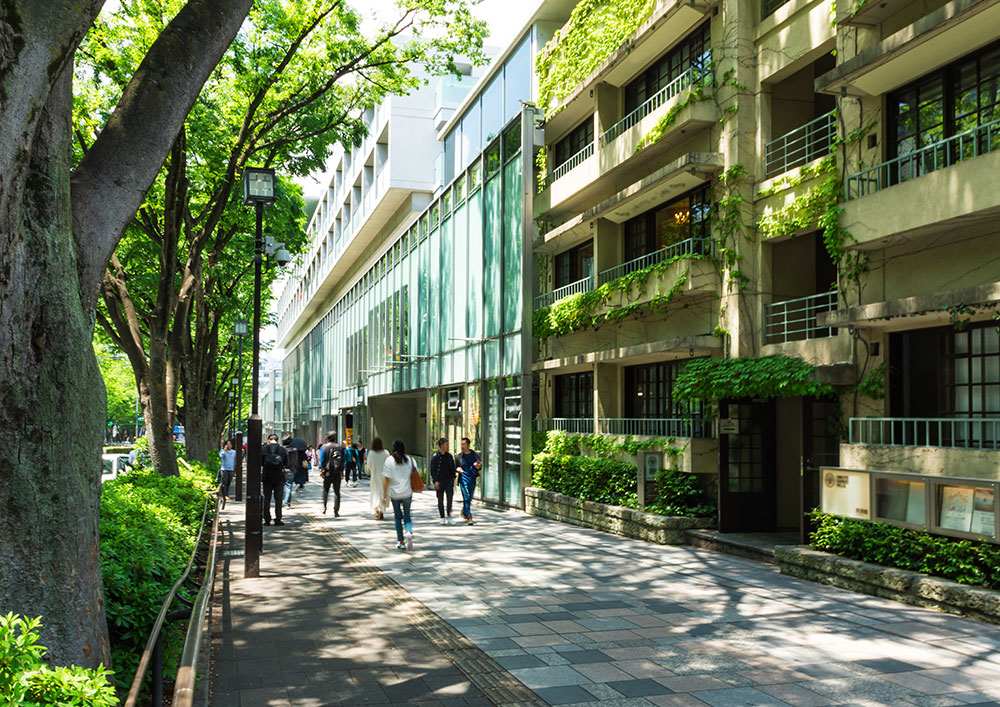 These places are well-known as the beginning point of Japanese youth fashion culture. Omotesando-hills, Takeshita-Dori, Shibuya109 and many other fashion boutiques are in this very substantial area. The Japanese zelkova trees at Omotesando are lighting up in December. 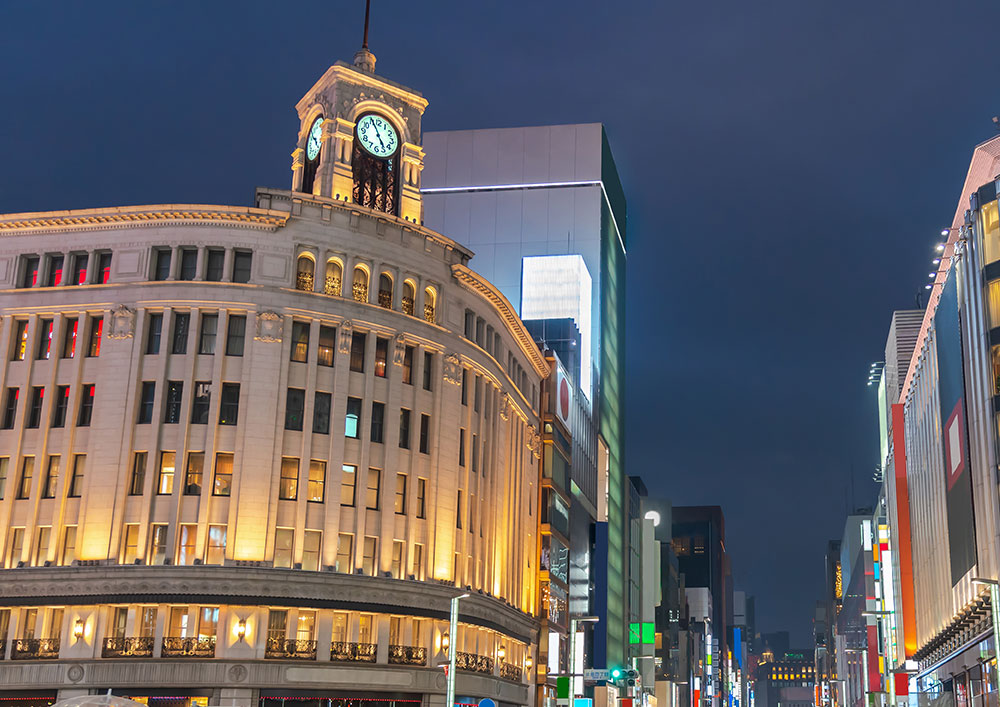 Ginza is very famous as shopping area. Japanese traditional department stores and many world’s top brand boutiques are standing side by side. The intersection Ginza 4 is famous sight with the symbolic architecture Wako Clock Tower.

Akihabara is famous as electronic city. You can find most of electric supplies in the town.It is also known as a sacred place for Otaku (people who strongly obsessed by Anime and Manga). 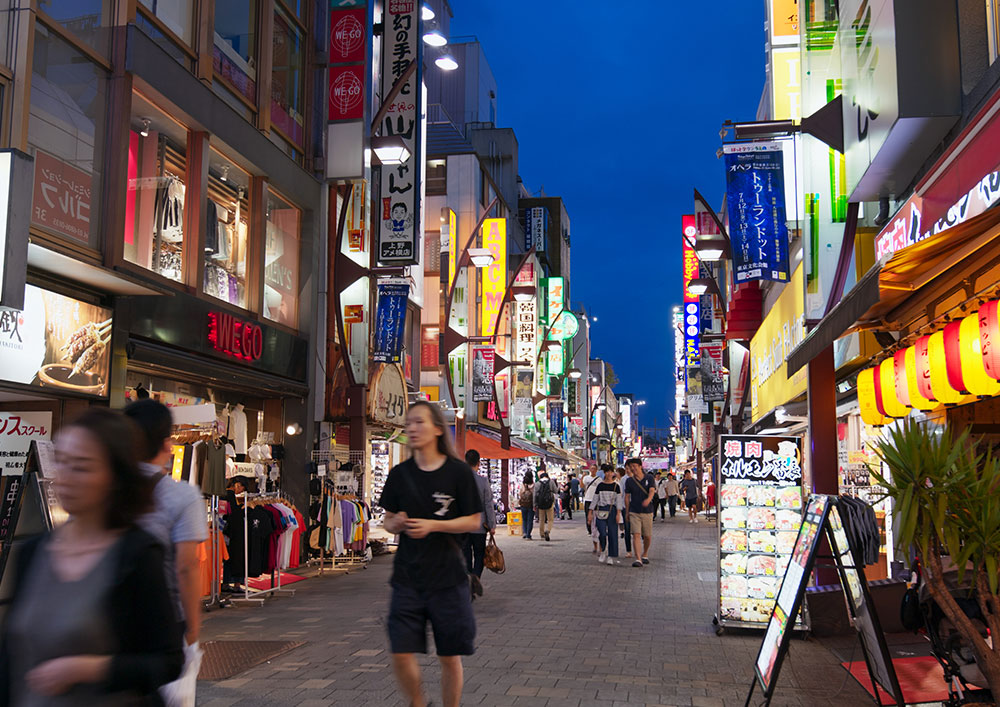 Ameyoko Shopping Street, just a short walk from Ueno Station, is the 500-meter long commercial street. It is frequently crowded with people looking to take advantage of low prices on fresh food, cosmetics, clothes, and jewelry. 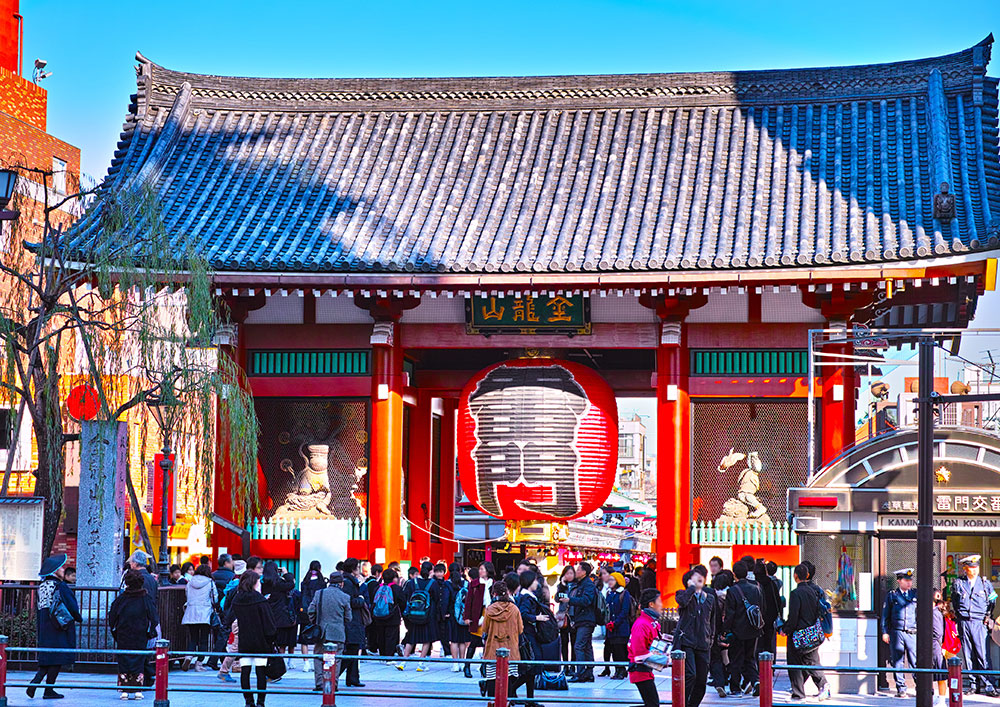 This is one of the place you must visit if you are in to Tokyo. Sensoji temple is the oldest temple in Tokyo and its Kaminarimon gate with huge lantern is very famouse. From the gate to the temple is the shopping street. This should be the best place to buy Japanese souvenir. 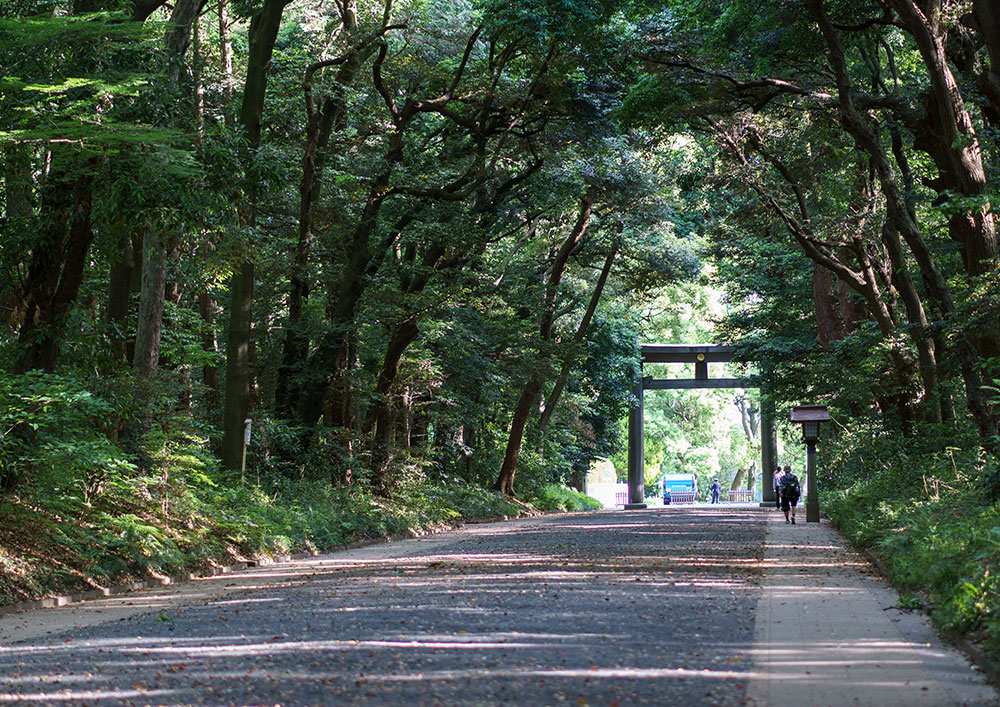 This Shinto shrine, founded in 1920, is the place Meiji Emperor and Empress are enshrined. The shrine is surrounded by more than 170,000 trees of 234 different spices. This peace and calm shrine is visited by most number of worshippers in new year season. 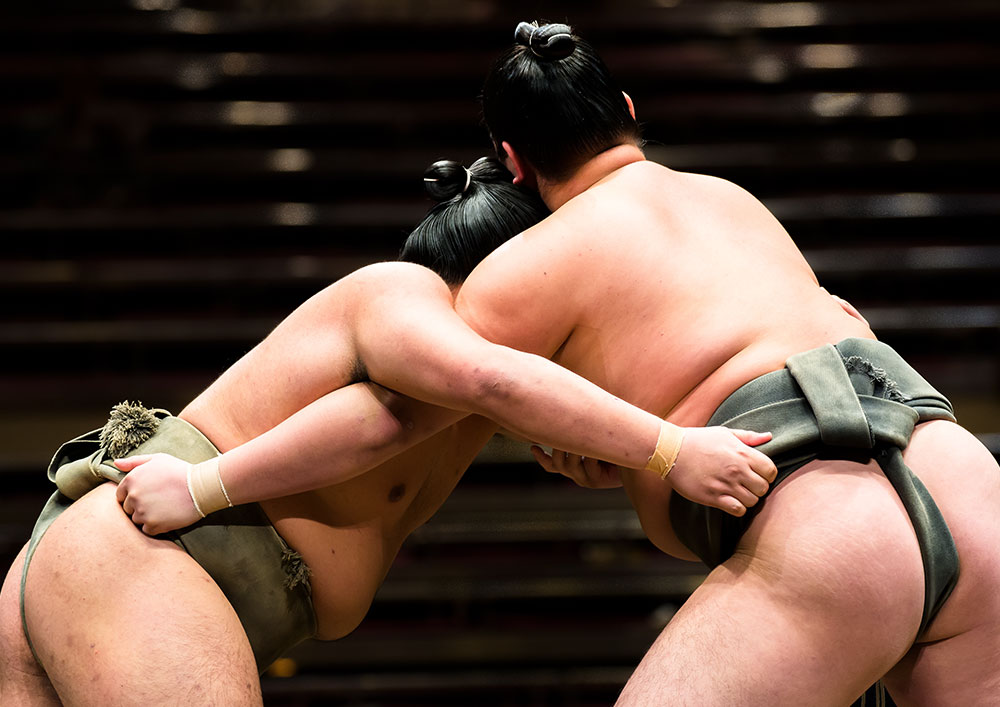 Ryogoku Kokugikan is the main stadium for sumo wrestling (national sport of Japan). There are sumo tournaments on January, May, and September. The Sumo Museum, 1st floor of the stadium building, is also very popular.
Tokyo Metropolitan Edo-Tokyo Museum is next to the sumo stadium. It exhibits various models and many documents about history and culture of Tokyo. 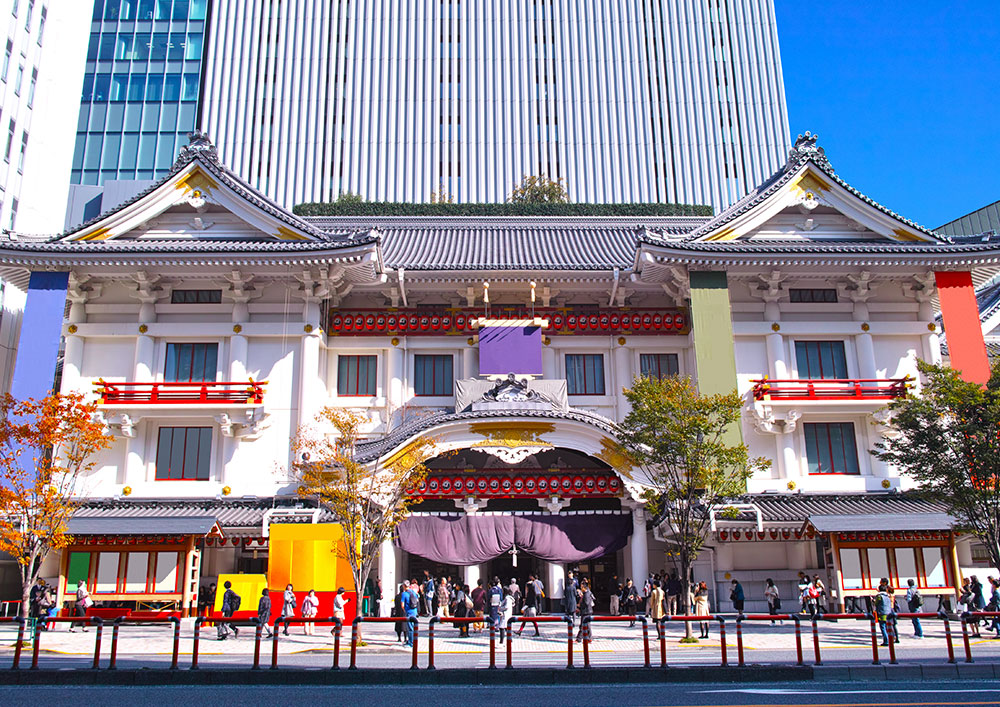 Kabukiza is the only Kabuki theater in the world opened in 1889. The theater inherits Japanese traditional culture after four times reconstruction. Its appearance, designed by Kengo Kuma, represents long history and traditions of Kabuki. The Kabukiza Gallery in Kabukiza Tower is also popular for the visitors to have experience the world of Kabuki. 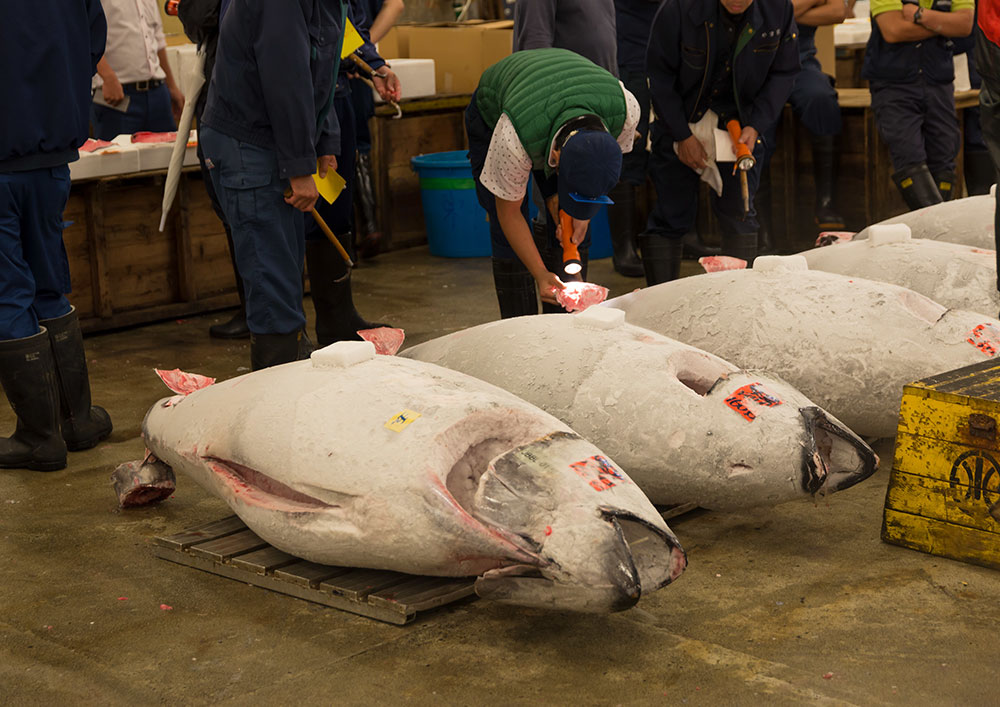 Toyosu is a new fish market built in 2018 as an alternative facility to the old Tsukiji market. You can see the tuna auction and another exhibits. There are many shops in the facility, you can taste fresh sushi and Japanese food, enjoy fresh seafoods. 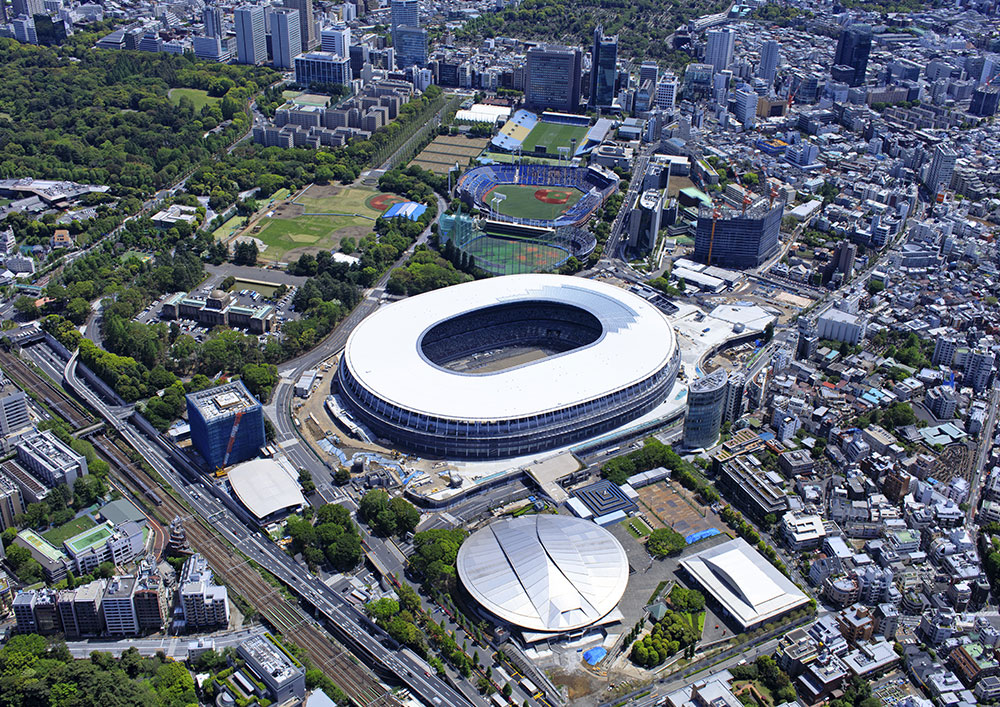 New National Stadium was built for the 2020 Tokyo Olympics and Paralympics. Intending to harmony with nature, some part of stadium made of wood, for it as a wood and green stadium . It is suppose to be a venue for track and field, soccer, and so on. 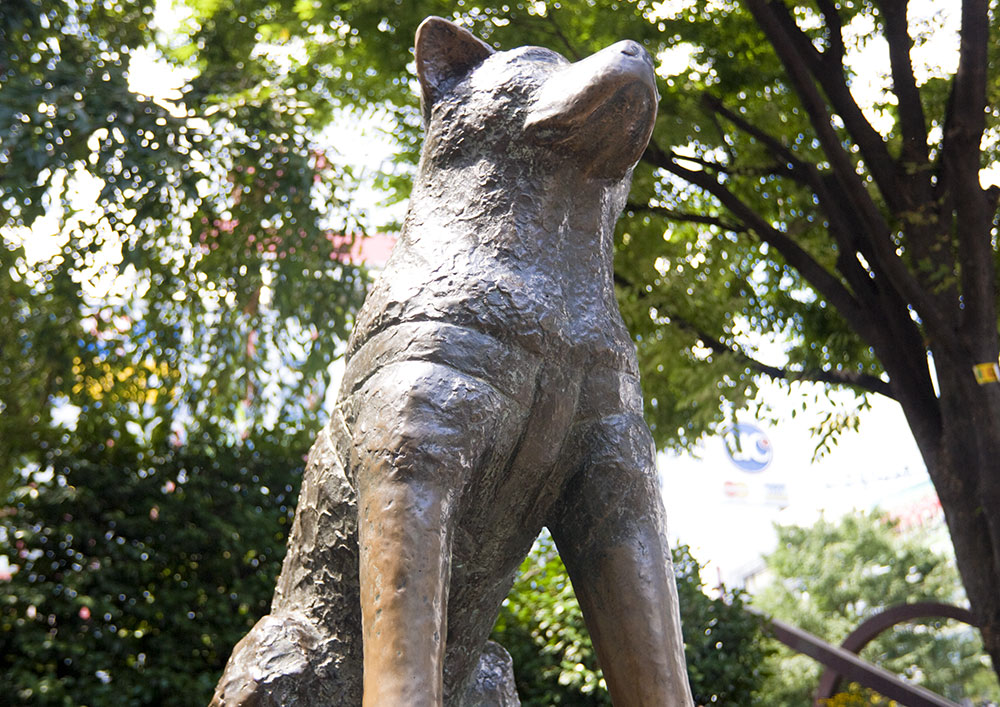 Hachiko is the most famous dog in Japan. His statue stands in front of Shibuya station as waiting his owner. The big crossing by the statue is symbol of Shibuya. A lot of people flood into the busiest crossing in the world everyday. 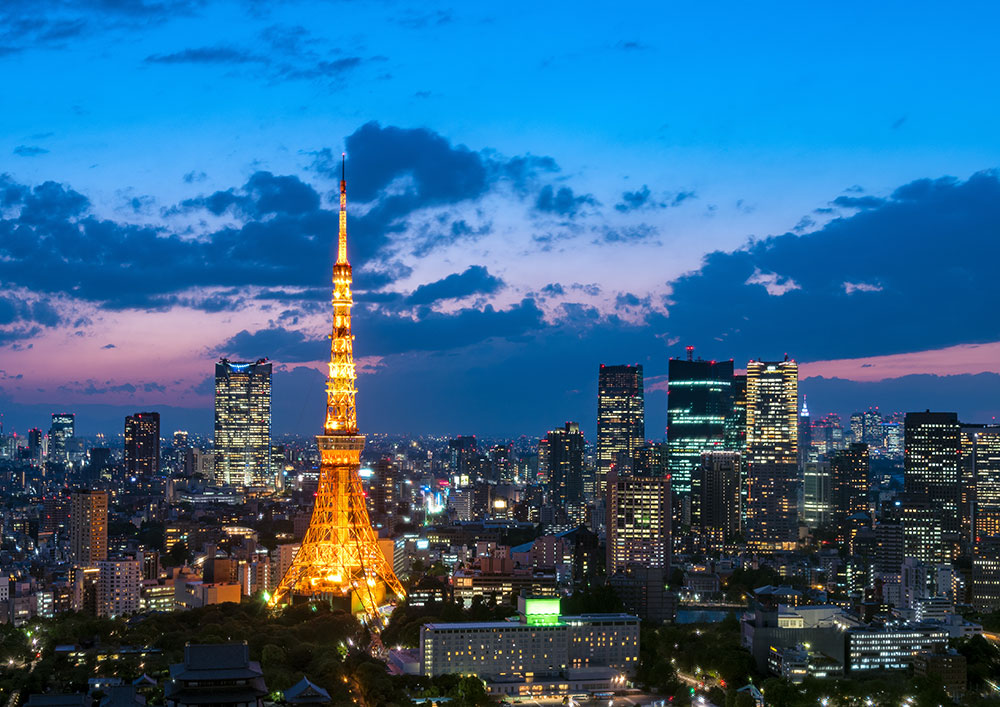 The symbol of Tokyo built in 1958. It is also known as symbol of “Japanese post-war economic miracle”. 333 meter hight tower has two levels of observatory decks (150meter/250meter). The senary from the decks will capture your heart. 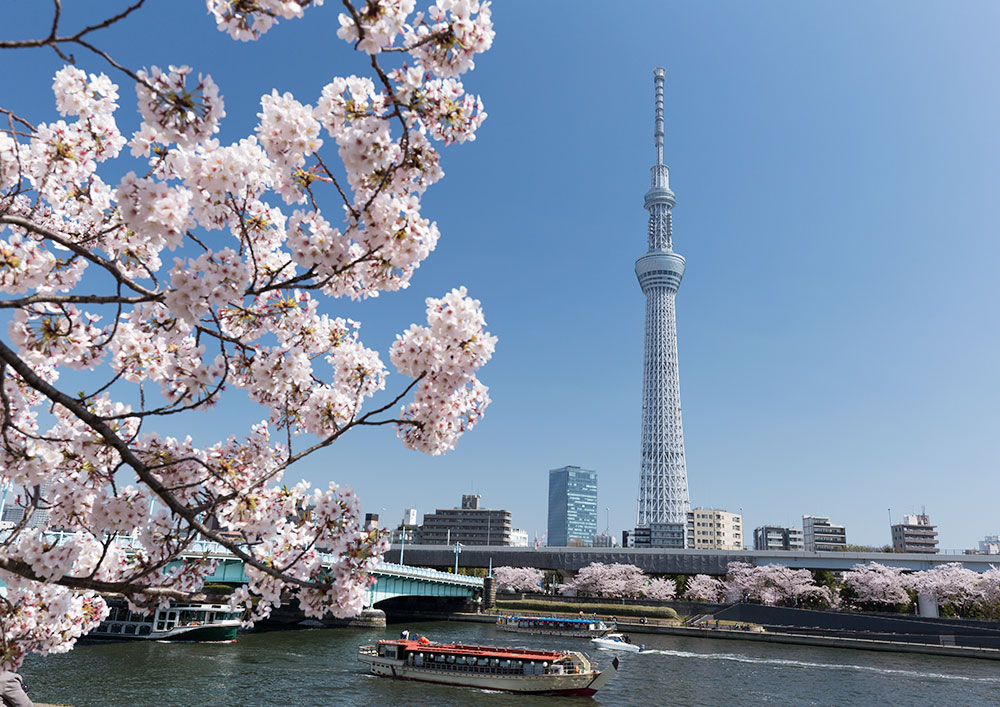 This is the highest tower in Tokyo since 2012. 634 meter from the ground and also has two observatory decks (350meter/450meter). The tower is surounded by complex of shopping mall, aquarium, and planetarium. Tokyo Sky Tree is becoming as famous tourist spot as Tokyo Tower . 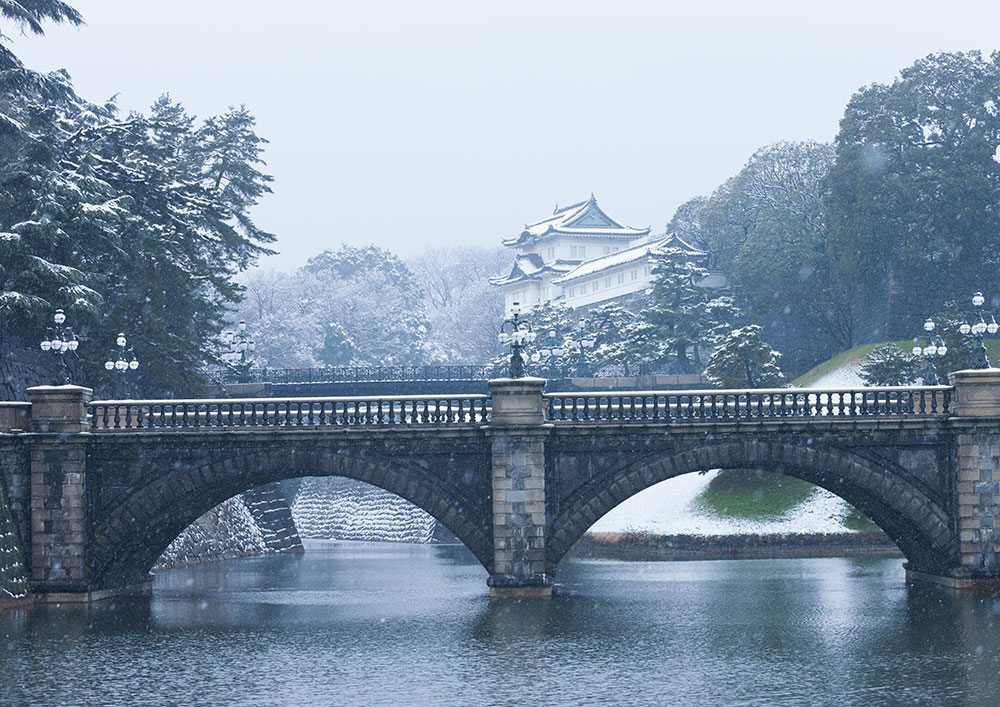 Imperial Palace is built the remains of Edo castle where Tokugawa shogunate existed. Part of the site is opened to the public and “Nijubashi bridge” is very famous. People are able to visit and see the imperial family greeting on Emperor’s birthday and January 2nd. 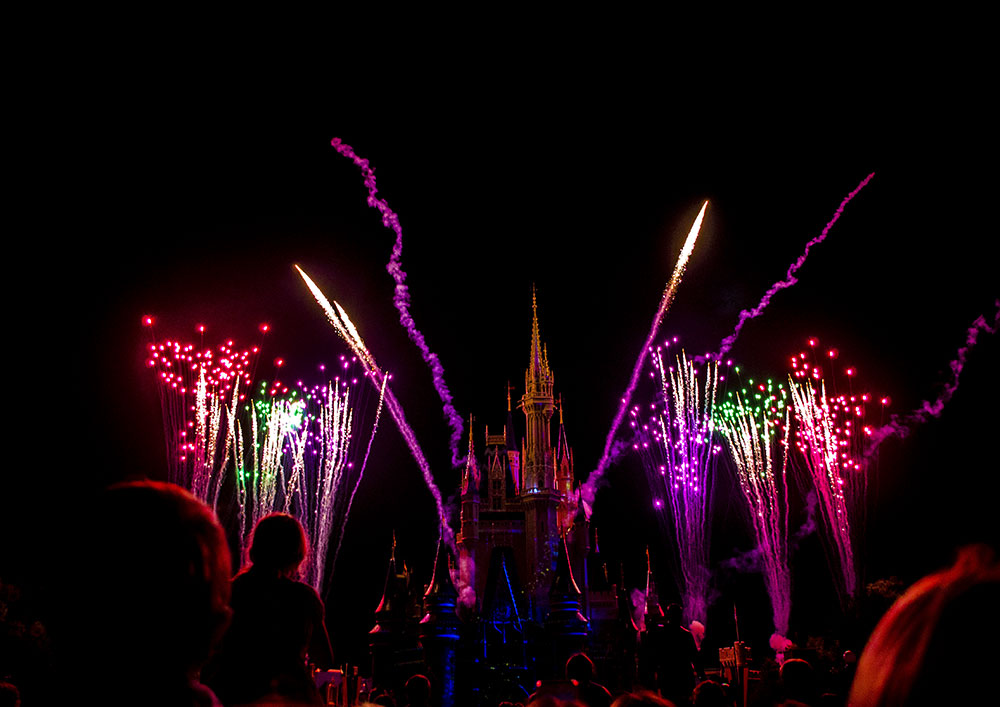 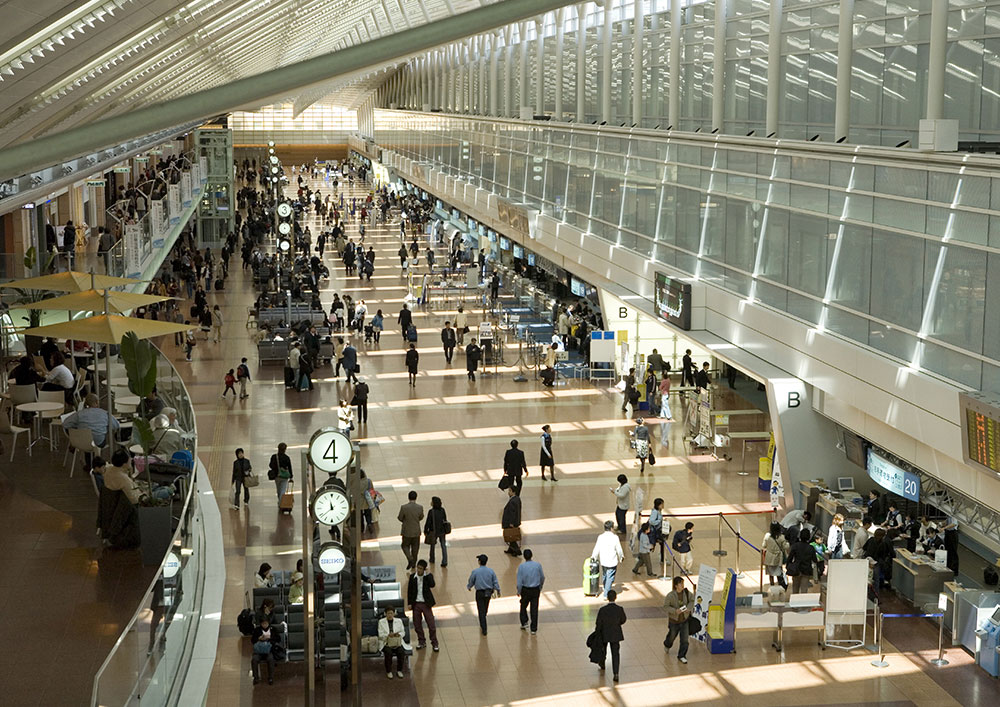 It was domestic airport untill 2010. Today, it became an International Airport. Shopping street in the international terminal, is called Edokoji that recreating the unique ambiance of the Edo period. 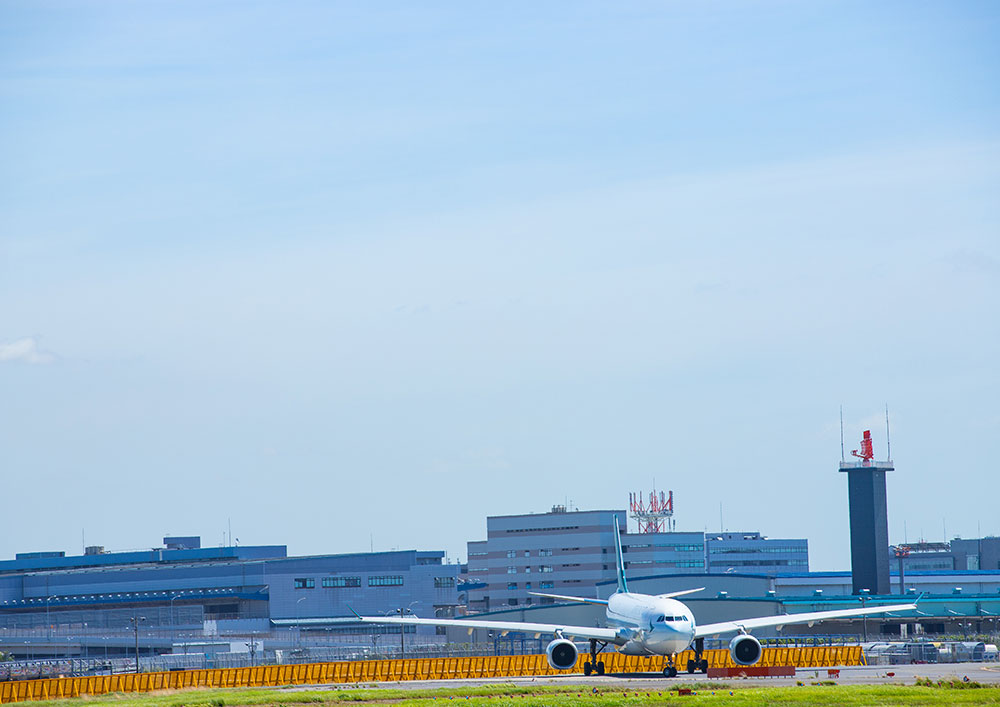 Some of its role are taken by the Haneda Airport, but still many international flights including low cost carriers arrival and departure. There are many service facilities for overseas travelers such as prayer rooms and so on. 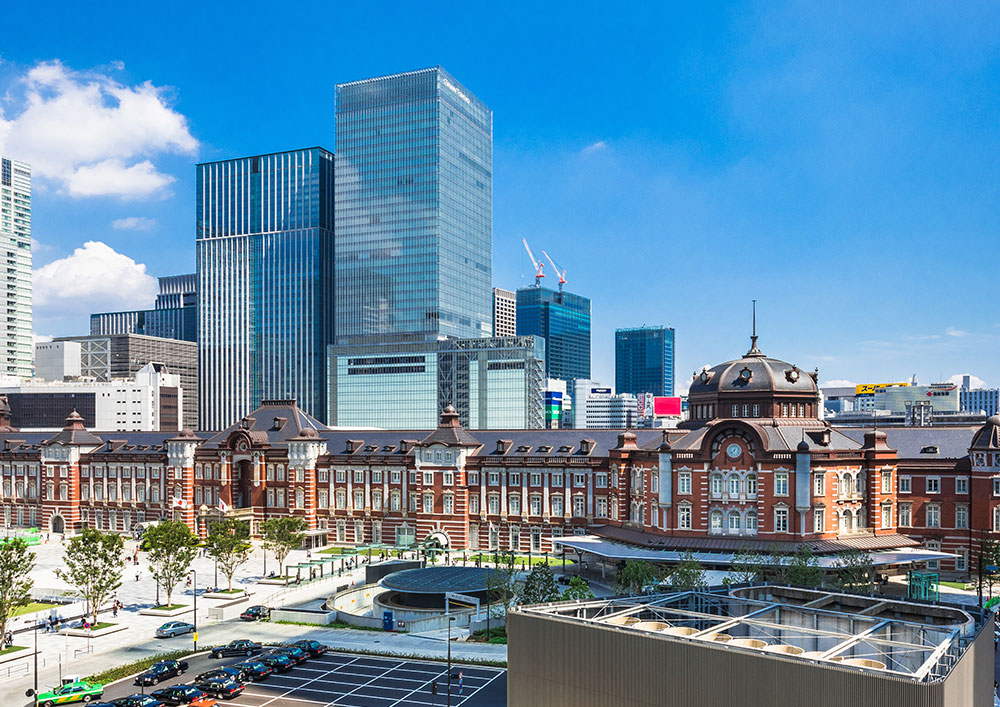 Tokyo Station is a key transportation of Japan. It is starting point of all the Shinkansen goes to north and west of Japan. There are many kind of facilities in the historical station, You can enjoy shopping and gourmet food. 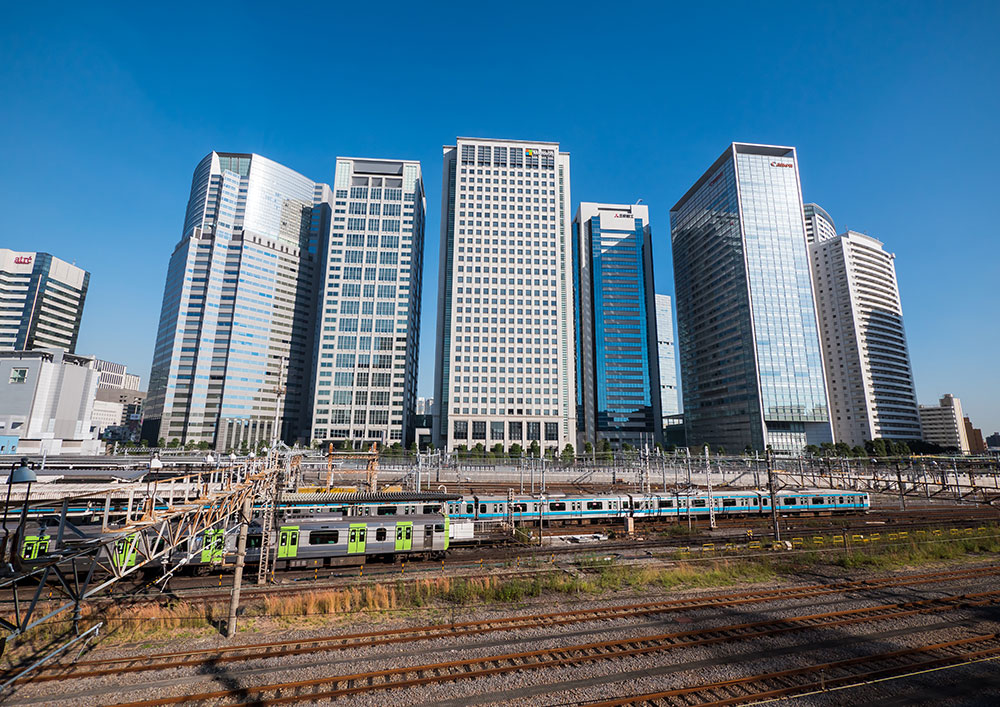 Shinagawa station is one of the hub train station, Shinkansen to west side of Japan will stop after Tokyo Station. You can reach to Osaka and Kyoto in about two and a half hours. It is also good for access to Narita and Haneda airports. 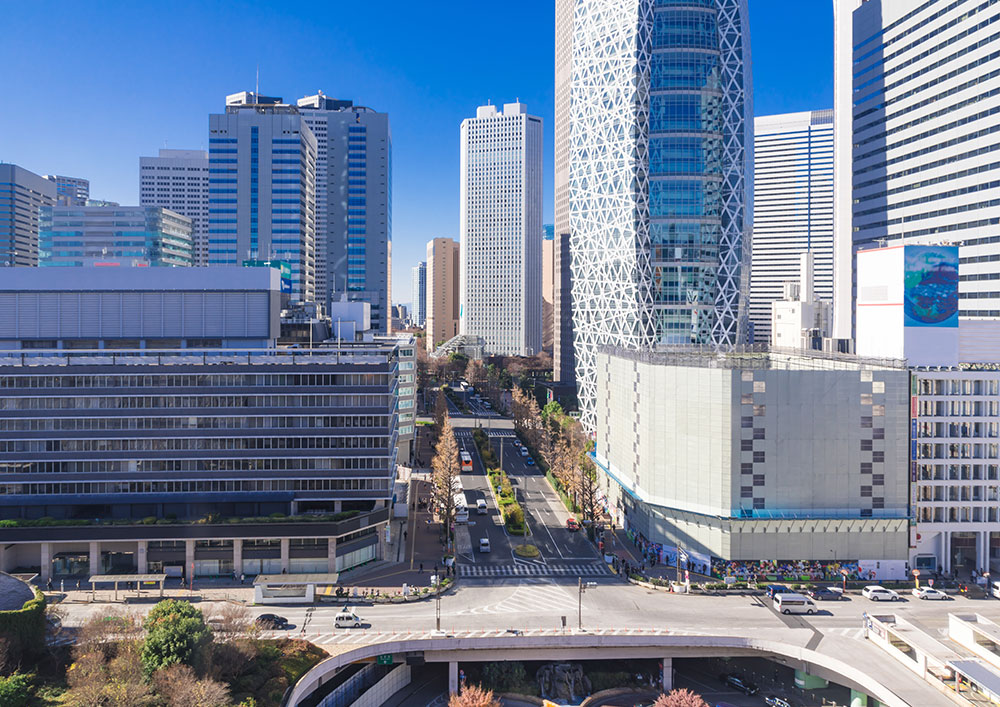 More than 3.5 million people use Shinjuku station for each day. Department stores and Kabukicho (Entertainment district) attract you. Golden Street has over 200 bars in the tiny area, and it could be the best place for bar hopping.